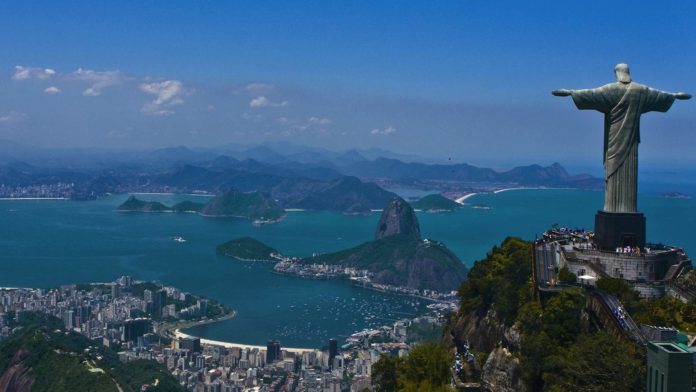 A measure of consumer food prices calculated by Argentina’s Instituto Nacional de Estadísticas y Censos (National Insitute of Statistics and Census – Indec) was at the centre of a political row this week.

The ‘Canasta Básica Alimentaria’ (Basic Food Basket – CBA) is generally interpreted as the minimum a person need spend on food per day to cover their basic alimentary needs.

The Indec’s latest calculation of the CBA, published this week, put the cost at 23 pesos for a ‘typical family’ of two adults and two children, translating to a price of just under 6 pesos (US$1.30).

That figure was met with derision by large sections of the press opposed to the current government, with frequent suggestions that it was far removed from Argentine reality.

A study carried out at the University of Buenos Aires also suggested that for a family of four to cover their basic nutritional needs, the minimum daily spend per person would be 23 pesos (US$4.99).

Increased government involvement in the Indec has been apparent since 2007, and the overall inflation figures it produces are often viewed as unreliable internationally (British news journal The Economist refuses to print them).

Nonetheless, on Monday 13 August, supermarket chain Carrefour announced an ‘economical and nutritious’ menu designed to feed a family of four over two weeks at a daily cost per person of 6.99 pesos.

The closeness of the announcement to the publication of the Indec’s figures led some to suspect a coordinated move with the government.

However, Carrefour’s communications director Carlos Velazco told press later in the week that the supermarket’s initiative had been running since 2009, and that it was born out of the organisation’s sense of social responsibility, not servility towards the government.

There was also an appearance before the press by Indec’s director Ana María Edwin, who responded to criticism by stating that the CBA was not intended to provide ‘an exact amount’ required to fulfil basic nutritional needs.

Edwin argued that her administration took a dim view of the CBA’s reliability, and was looking at alternative calculations in order to replace it.

The government’s surprise announcement that it intended to expropriate the Compañía Sudamericana de Valores (CSV), the money-printing firm at the centre of an investigation involving Vice President Amado Boudou, took legislative form this week.

Boudou himself presided over a special session of the Senate on Friday which approved the bill formalising the transfer of CSV into state hands. The bill will be debated in the lower house of Congress this coming week.

The company had already been effectively seized following a presidential decree on Wednesday 8 August. The document did not mention from whom CSV was being expropriated; the company’s ultimate owners remain unknown to the public.

The Vice President is being investigated by federal judge Ariel Lijo for alleged abuse of power when Minister for the Economy.

Boudou is said to have intervened to reverse the bankruptcy of the company (then called Ciccone), supposedly leading to the illicit enrichment of himself and friends.

The Senate debate, which saw the bill approved by 44 votes to 20, was not without its uncomfortable moments for the Vice President. Opposition senators did not shy away from direct criticism of Boudou, who was not allowed to participate in the debate.

Radical Senator Gerardo Morales called the expropriation law a ‘way out of the scandal’, while Blanca Monllau of Frente Cívica (Civic Front) suggested that ‘the machinery of cover-up and impunity’ was at work.

Aníbal Fernández, a senator loyal to the government, insisted that the objective of the law was to ‘regain sovereignty in the emission of banknotes’. Argentina has recently had to subcontract such services to a company in Brazil.

The politician, who was president from 1999 until his chaotic resignation during the economic crisis of 2001, is accused of paying around US$5m to Peronist senators so that they would support reforms liberalising the employment market.

He appeared at the Comodoro Py tribunal in Buenos Aires on Tuesday morning alongside seven other defendants. De la Rúa claims that the charges against him are politically motivated.

The legislation in question, which was revoked two years after its passage, was encouraged by the International Monetary Fund (IMF) as a condition for further loans to Argentina.

The IMF’s eventual refusal to extend loans helped precipitate the country’s crisis in December 2001. Faced with violent riots in the city centre, de la Rúa resigned and fled the presidential palace by helicopter.

The trial is expected to last at least eight months.

The unprecedented 10-day Subte strike which caused chaos in Buenos Aires city transit came to a conclusion this Monday evening, as striking workers signed a provisional agreement on wage increases.

However, the ‘metrodelegados’, whose action left the Subte’s 900,000 daily users without trains, were said to be ‘relieved…but not happy’, according to spokesman Néstor Pianelli.

With the underlying dispute between city and national governments over the control of the network unresolved, the spectre of further strikes has not yet disappeared.